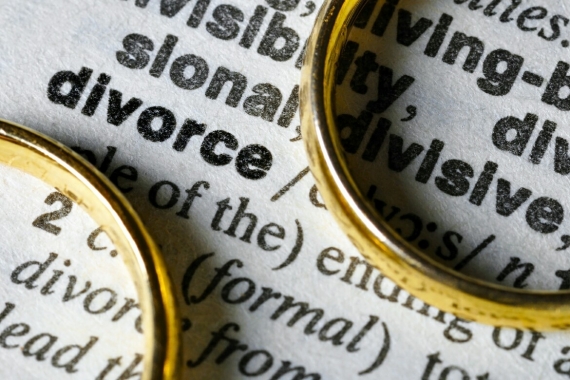 Hope you are all good this September Friday afternoon. First of all, THANK YOU SO MUCH, for the response from last weeks blog. Really..... I can not even explain how amazed I was to see so many views and so many likes. THANK YOU. THANK YOU. THANK YOU. As you all know, I was a bit in doubt whether I should actually write the post of not, but all together it seems like you guys likes nontypical subjects, which will also be reflected in this weeks post: DIVORCE!

So..... Divorce.... To be honest, everyone around me get divorced, breaks up, split apart of lives in a unhappy relationship. I met with a photographer the other day who told me, he just received the printed version of a wedding album he recently did, but the couple is already divorced. I am not even kidding when I say that 80% of the people around me can tick in one of the boxes above. Is this scary to think about, or is it just facts? So since I am up in the age, I can compare my time when I was "young" to the time now, when I am older........ Back then it was not ok to break up, or get divorced. People from our society would look down, on the those who split up....... I had people around me who suffered psysically and mentally because of our Tamil people's psychological pressure. Friends of mine got depressed, they were abandon from the society and suffered a lot. Nowadays, the divorce rate in Germany is above 40%. Without knowing I would actually say that the divorce, breakup, split up rate, among our Tamil people is higher........ Now... Is that wrong? Is it wrong to break up, even though you had a grand wedding, invited everyone and anyone, showed the entire world that now you were married or even when you have children..... Than living in a unhappy relationship?

The other day I was reading a post on the social medias about this Tamil girl, who's friend was divorced and with a kid. The kid was missing a "dad figure" in the life and this girl was sharing her feelings and concerns for her friend. It was very heartbreaking to read, but on the other hand I got really proud that she did what she did. Trying to help out her friend, and potentially open up the topic about being a female, single with a kid, and discuss possibilities for this type of girls - WOW that gives hope out to those single girls AND BOYS, who sits in the same situation. We have several single girls and boys with kids or without kids, who has been in a "public" relationship and is having difficulties, moving on because of our society. There are soooooo many Tamil girls who doesn't know how to be in a relationship, and ruins it all. There are so many boys who thinks its ok to date public in several years and just break up because now it's not fun anymore - when is the limit? And when is it ok to leave your partner?

So my opinion to this subject is, that seeing a couple split up, is heartbreaking. I have been though it myself, and I know how miserable it is, because our society judges so easily. It happened 9 years ago, but back then it was DEFINATELY not ok. The reason why we broke up back then, was because as soon as our parents found out they made it public (so that other people wouldn't talk), we had a long distance relationship for many many years (where we only dated on the phone), and as soon as we started spending more time together in real life, and started to get to know each other in a proper way. We realized our relationship was just crap and shit and 2 months later we broke up and walked in 2 different directions. THAT WAS THE BEST THING I EVER DID TO MYSELF. I have never been happier. Thank god I have parents who supports break ups, if it doesn't work. My learnings are, it's very very very important to know your partner. If it requires 5 years or more to date, if it requires living together first, if it requires to travel around..... Whatever..... Do it....... Think properly before you enter a marriage. When things are going in a different way than expected, do EVERYTHING you can to make the marriage work..... And if it really doesn't work..... it's OK to walk away if you are not happy. You are the one who decides when enough is enough. You are the one who has to wake up every morning and live in this relationship...... So don't worry about people around you, think about yourself first, and do what makes you happy. And last but not least...... DONT JUDGE PEOPLE WHO USED TO BE IN A RELATIONSHIP AND IS SINGLE NOW. None of us know what they have been through in their life, and why their situation is the way it is.