We are a typical couple, at least to us 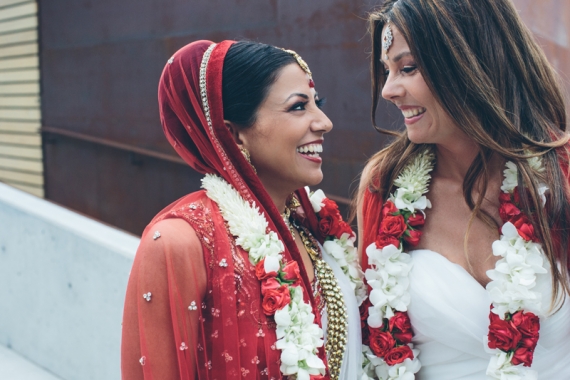 On a Friday like this, where nothing special happens, I am just wondering what this week’s topic should be about. I have been very much in doubt, whether I should actually write this post or not…. The subject is a bit ambivalent and maybe still a taboo subject to discuss among people our society. But anyway, I have decided to write this post, both because I think it’s an absolutely beautiful and because I think it’s important that we can speak and have an open discussion about what’s happening around the world, without feeling its wrong – Freedom To Speak.

Since homosexual weddings have been a topic that Tamil people do not have the courage to talk loud about, Shannon and Sheema were one of the first couples to go out and speak open about it. Their aim was never to be this public, but with the pictures going viral, they felt they should share their story with the rest of the world. So they did :) {adselite}

Sheema is Indian, and she always wanted a traditional North Indian wedding. She grew up in a indian family, and indian weddings were the only one she saw, and also wanted for herself. Since Shannon was Christian and American it was important for the couple to portray both cultures, elegant, classy, warm and loving.

Shannon was dressed in her white dress, and sheema in a traditional indian lengha. Shannon walked down to a American song and Sheema was carried in a Doli by her family in a indian traditional way. During the ceremony they tied their knot and fed each other sweets to symbolize their first meal as a married couple. In American weddings, the bride and groom will kiss each other, but that was not really a choice in the Indian wedding, so feeding the sweets to each other was a good equivalent. The wedding went perfect.

I really feel this wedding was so amazing. Its always amazing to see 2 people who love each other get married, no matter what culture, scin color, name, sex or part of the world they come from. The youtube video which is linked in the bottom of the blogpost made me have tears in my eyes. I personally know a few Tamil homosexuals that have become either public by now or is living their life with 2 different masks. 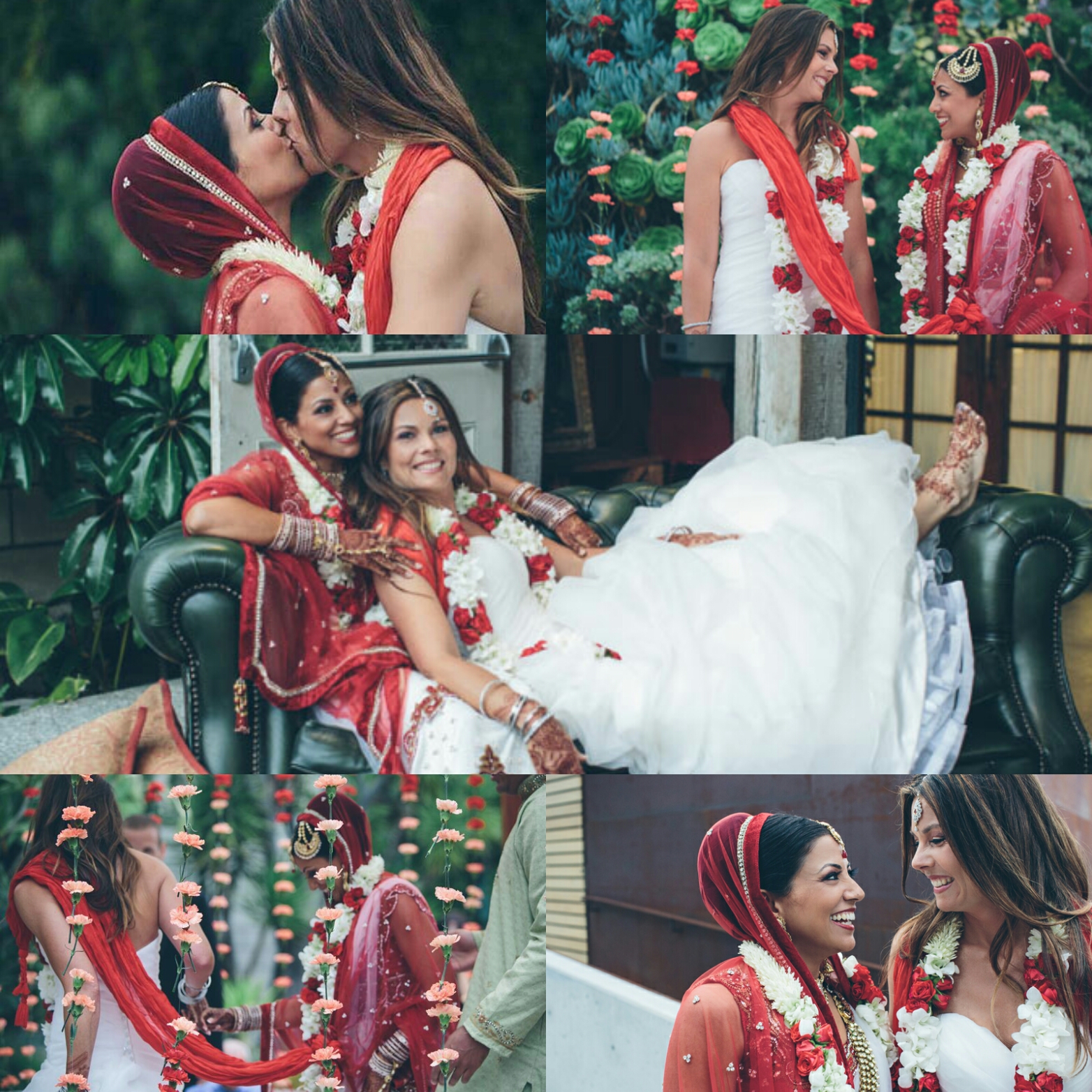 We live in a civilized society no matter where we are in the world. This also means that it is OK and there is nothing wrong about being homosexual. As always, we tamil/indians might not be the front runners here, but Shannon and Sheemas love story has definitely opened up the topic.29th of June 2008, the first PRIDE parade took place in Delhi, Bangalore, Pondicherry and Calcutta. The day after it took place In Chennai. Overall there were 2200 people showing up. Since 2003 the events have taken place every year, very successful and no protest or attacks against the pride parade. Prime Minister Manmohan Singh appealed for greater social tolerence towards homosexuals at an AIDS event in 2008. The pride parades have also been held in smaller Indian cities such as Madurai, Bhubaneshwar and Thrissur. The attendance at the parades has been increasing since 2008 with 3500 people in Delhi only.

Guys, let me know what your thoughts are about this blog post

My first blogpost ever :) 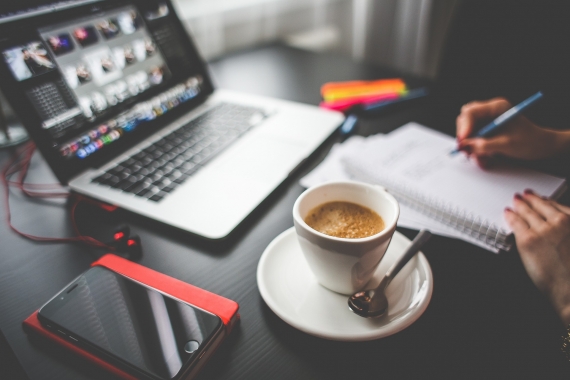 The blogging trend is all over. We live in a time where everyone is online ALL THE TIME. As soon as we wake up, we check our phones, and get updated on what has been going on since we checked our phone last (which was most probably the last thing we did before we slept). It is necessary for us to be online all the time, we need to follow each other, we need to know what our surrounding are doing, and we always need to keep ourselves updated.

Not only do we need to keep updated about what is going around among the once we knows, but we also need to follow famous people, on twitter, through their Instagram and through their own social media channels. We also follow people that are not necessarily famous, but are just interesting to follow. Again here I am referring to their Instagram, snapchat, Facebook, twitter and blogs. Blogs, what is it actually?!? I remembered when I was around 17 years old, so that was 13 years ago, one of my older “sisters” was blogging. That was when I first met the word blog. It was basically an open diary. Pretty interesting to follow because I knew her. It was good to keep updated about what she did …… Or was I just curious?? Facebook didn’t exist back then, so a good way to know what she was doing. Maybe some kind of a role model….. I don’t know….. Hm…. Anyway I don’t really know how many of her posts I was reading, yea apparently it wasn’t that interesting. {adselite}

Blogging in 2016 is a whole different thing. Now the posts have to be something that I need to know and can use. Something I can relate to, use in any way, or at least it needs to benefit my everyday life, otherwise it will simply be just boring for me to read. I don’t care what xx’s ate for dinner and how that turned out. No I want the recipe, so I can copy her, and see if I feel the same way as xx did. I want something out of the blog, otherwise It couldn’t bother me less.

Hm, so why am I doing this? Why am I writing a blog? What do I have to tell the world that can benefit anyone’s life here? When I was asked to do a blog on kondattam.de I was like….. hm…. But why??... and with what purpose?!? A little confused and curious I said YES. I might have something interesting to tell. I wanna give inspiration to people who visits the site, to get tips, tricks and ideas for when they are going to plan their function. I wanna hook up with people in the business, and chat with them, I wanna share whatever they feel like sharing through this blog. I wanna do research about trends, what’s new, what cool to do, and give you all good inspiration for your next function.

Not all post will be relevant for everyone. But stop by now and then, and check out what I have to say :)
This is it, this will be one of my new hobbies, and I hope you are gonna enjoy it, as much as I am gonna enjoy writing it. Please comment below, subscribe to our newsletter, and come back soon for the next blogpost, which will be about planning – Planning is everything in order to create an amazing event for you, the host, and for the guests aswell.