Baby on the way 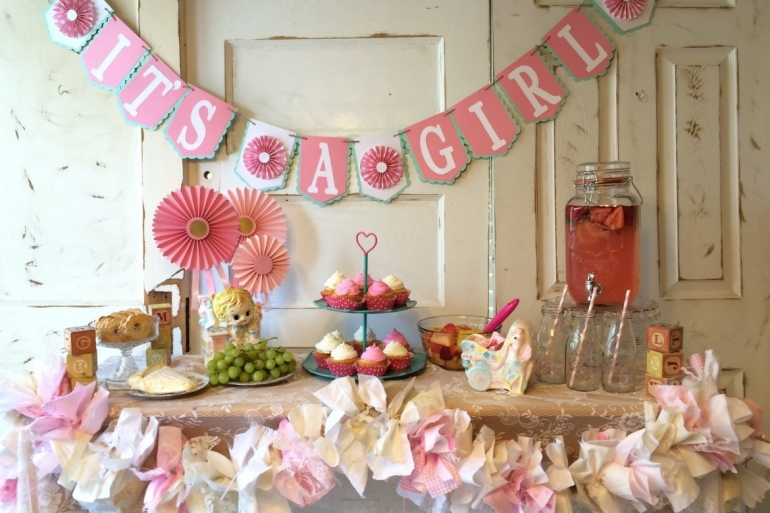 Hi guys I know it has been a long while since last. Just some unpredictable stuff came up lately, and all those bank holidays and mini vacations has made it difficult to being able to post anything....... A lot of friends of mine are pregnant at the moment, and is all duo this year..... That also means that I/we have to plan different types of celebrations for the future mother..... It has been quite common to do something nowadays...... Suddenly it's all so trendy..... The American baby shower, the southindian valaikappu, the southindian seemantham and the list goes on...... In this blogpost I am gonna dive into the the different types of functions, that can be celebrated for the pregnant girl as Tamil. First of all, we all know the traditional baby shower..... The reason why it's called a baby shower, is because the future mother will be showered with gifts and presents. Normally the baby shower is only being held for the first child, and only female guests were invited. It is typically arranged and hosted by a close friend, rather than a family member, since it's often considered rude and weird for a family to arrange a function where the mother will be showered with gifts. The baby shower is often held in the 7-9th month of the pregnancy, but some people also celebrate it after the baby is born, and is often combined with a baby announcement. At the baby shower, the mother is often not aware that the baby shower will take place, so it is more like a surprise celebration. The guests brings gifts that's either related to the baby, or they bring pampering gifts to the mother. It will normally last a couple of hours, and during the time, the gifts will be opened in front of all the guests. Small games and entertainment features will take place. The games will often have something to do with the job as a future mother, or something related to the baby. Often cake, sweets, short dish and small snacks are provided together with non alcoholic beverages. All together this is a good way to celebrate a day with the future mothers friends and family, and have a nice afternoon to remember. The baby shower is celebrated in many ways around the world. Another tradition that many Tamil people in the foreign countries have adopted are the Valaikappu or seemantham. The tradition is South Indian and is only celebrated by South Indians. The celebration itself is quite colorful and brings the family together, so many srilankan Tamils have adopted the idea as well. The valaikappu is not a religious function and is celebrated by, Hindus, Muslim and Christian women. It is a blessing of the pregnant woman, celebrating her fertility and to ensure a safe birth. Normally the pregnant mother to be, will spent her last trimester at her own mothers house, and therefore the valaikappu is also hosted by the pregnant woman's family. The hindu woman will be worn with bangles on both hands in odd numbers. The bangles are not suppose to be taken off until the baby is born. They say the sound of the bangles will induce the child's senses. Normally the bangles will be either red or green and often in glass. Vegetarien food will be served and all together a nice celebration. The purpose of the ceremony is to honour and protect the pregnant woman, who is seen as vulnerable to the evil eye, malign spirits and ghosts, and to ensure the birth of a healthy child. Valaikaapu was originally a simple ceremony, mainly limited to the exchange of bangles, but with the time the celebration has become bigger and bigger. The guest will bring gifts, such as jewellery, saris, household appliances and gold ornaments. There is a lot of ideas of how to celebrate a baby shower and how to celebrate a valaikappu. A lot of western srilankan also combine the both and have a more grand celebration, but it really depends on the mother to be and her family. Ideas for what can be served, what kind of entertainment the celebration can include, can all be found online. Anyways, I hope this post was interesting for some of the future mothers out there. It is now time for me to start planning some of the babyshowers for my close friends, so let's see how that goes :)