The oldest fact about the poddu 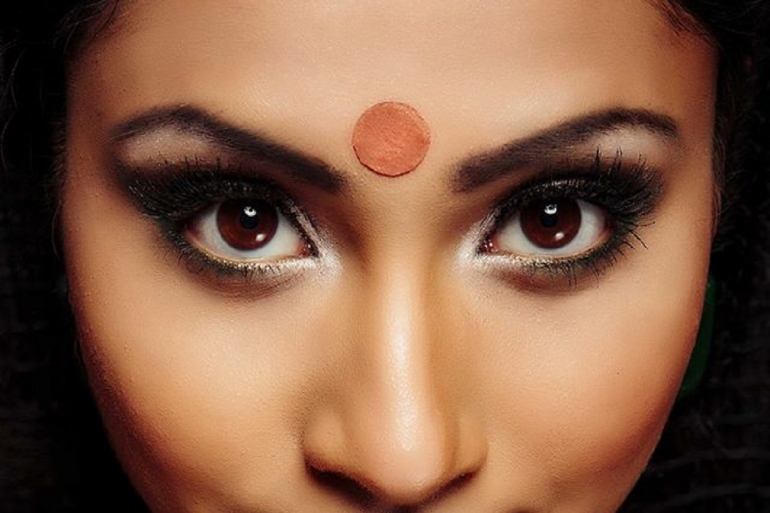 It's me again this week. First of all. THANK YOU SO SO SO SO MUCH for the response from last weeks post !!!! I didn't expect it to be received this well..... THANK YOU !!

We have in our little team decided a few things that I would like to tell you guys. We tried blogging in German, since most of you guys are from Germany. Although we did that for half a year, we just realized that having blogs in English is preffered by many, so all my posts will in the future be in English. Arlene will continue writing in German. Another thing - we are looking for a third blogger..... Do we have anyone who is interested in writing for us and become a member of our small team, please contact us through our Facebook page and we will get back to you..... Everyone with a good writing skill is welcome :)

So to this weeks post...... Hmmm.... First of all, sorry for the repeating Hindu cultural aspect on the post.... But it has been a topic that has been on my mind constantly for the last week..... It all started by, me attending a Puberty Ceremony, for the first time with my partner among our family...... We have been going out for years, but only recently got official to "the public" and extended family as well. So ya our first family function to attend. As I also wrote in my last post, I am not a big fan of the poddu. Basically, I do not think it suits my face...... When that is said..... In my young young ages.... I used to wear poddu, but was trying to find the explanation behind it back then.... And I remembered I decided that I was not going to wear it anymore..... There is a lot of scientifically reasons why we should wear a poddu, which I all admire. But that little tiny other reason just makes me, not want to wear it, unless I really really have to....... So at this function I was not wearing a poddu...... And I had soooooooooo many people asking me why.... I simply just answered, I don't like wearing a poddu, it doesn't suit me....... Some of the older ladies were like..... WTH...... But no one said anything directly to me..... I have heard later, that it was a discussion subject for some of the aunties after we left.

So yesterday I was talking with a friend about this, and she asked me again, why I didn't wanted to wear a poddu. Many Tamil and Hindu people simply thinks u are "naked" without it, and it fulfill your outfit.... So I explained to her why I don't like it..... She was discussing with me and saying it was not true.... So I started to do my research last night..... Just to prove her wrong :) and here it is:

Our society has always been categorizing people in groups. Caste system is still a very important thing in India and SriLanka. And in order to clarify the 4 different casts, the poddu was a remark of which cast you belonged to. This is a very very very old fact, but was the reason why we hindues started wearing the poddu.

So thee you go...... This is the reason why I can justify not wearing the poddu. Thank god, we don't wear the poddu according to our cast anymore..... But simply as an accessory to the Indian outfit, black when you are unmarried and red if you are. It has always been fashionable to wear matching poddu, which people also do..... But the oldest fact about why the poddu was introduced in the explained reason above..... So this is the explanation, for why I don't want to wear it.... And also, I don't think it suits me :) ....... But of cause there are many other scientific reasons why we should wear a poddu, which comes here......

Poddu, or Bindi, which is the Sanskrit name, means dot in Sanskrit. A dot that's placed between you eyes on the forehead. All females normally wear poddu every day, and even men wear poddu when it comes to religious days, when they visit the temples etc. The woman always wears a red one, that shows that she is married and signifies true love and prosperity. A widow female does not wear a poddu, but is allowed to wear a black one, that shows their lost of their husband.

The religious reason behind the poddu is one of the most important in the Hinduism. Every morning a Hindu takes a bath and sits in prayer just to seek the absolute truth through every prayer. However, it is true that one cannot sit in prayer the whole day. So when you leave the prayer room, you are expected to put some mark on your forehead, to remind you throughout the day about all the activities and the purpose of life. It is obvious you cannot see the mark on your own forehead every time so whenever you see it on another face, you will get a chance to recall the purpose of your life. The idea is to remember that all the things you are doing are dedicated towards the achievement of this supreme goal of self realization.

From a health point of view, the poddu is worn between the eyebrows where the pineal gland lies. This is an important nerve center and applying sandalwood or ash keeps the nerves cool and so keeps one cool and conserves energy. In the past the poddu was made from the yellow and red sandalwood, red and yellow turmeric, saffron, various flowers, ash, zinc oxide. All these had cooling properties in nature. Today people wear bindis made with glue or glass and doesn’t benefit in any way but is more of an accessory.

The Ajna Chakra is considered to be the place of the “Third Eye” where one applies the poddu. The Ajna Chakra is the site where one finally loses Ahamkara (ego or sense of individuality) when one achieves self-realization or reaches a higher level of spirituality. It is a way to remind one another in the society to see through the mind’s eye and see the bigger picture of the “Universe as One”

So there is a lot of reasons to why wear a poddu...... But for me, the society fact is enough a reason, not to wear it :)

Have a lovely friday guys and enjoy your weekend. My brother in law is coming home from india, and i told hin to bring Indian sweets, so gonna visit them and eat it all ..... Indian milk sweets is the best thing in the world !!!