Which caste do you belong to...? 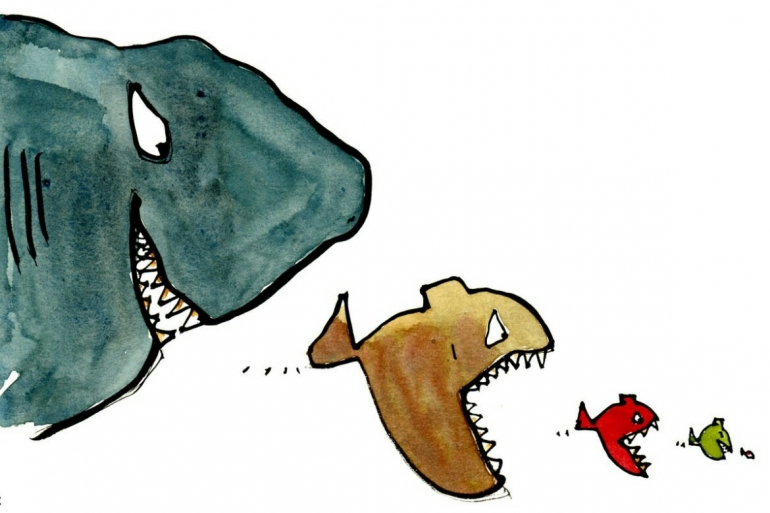 First of all, sorry for the English post this week. There has been too much going on lately and for us it was more important to post the blog than post it too late in German. Sorry about that !!

The weather outside is amazing. I simply love autumn and the way all the leafes changes its color. The way the leafes falls down the tree and makes a beautiful layer on the ground. The weather changes, the leafes on the trees changes and soon the year will change as well, and we will write 2017. Everything is In change, our behavior, our lifestyle, the society, but one thing I sadly haven't seen changing is our perception of the term Jaathi, or saathi as we Tamils says.

The caste system is initially a "system" where the Indian Hindus divide the society into different classes. The caste system divides into four main categories - Brahmins, Kshatriyas, Vaishyas and the Shudras. Outside of this Hindu caste system are the achhoots - the Dalits or the untouchables. Facts shows that the caste system was established more than 3000 years ago. The 4 main castes were further divided into about 3,000 castes and 25,000 sub-castes, each based on their specific occupation. At the top of the hierarchy are the Brahmins who were mainly teachers and intellectuals and are believed to have come from Brahma's head. Then we have the Kshatriyas, or the warriors and rulers, supposedly from his arms. The third slot went to the Vaishyas, or the traders, who were created from his thighs. At the bottom of the heap were the Shudras, who came from Brahma's feet and did all the menial jobs. If you are born into a caste, you will never change to anything "higher" but most often only get "lower" by marrying into another caste then the one you were born into. (www.bbc.com) 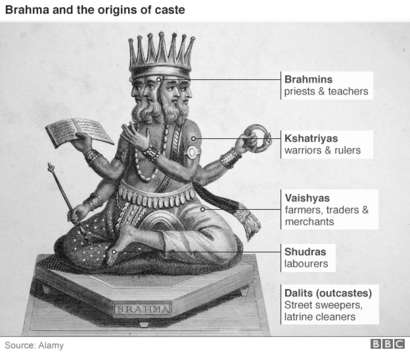 Anyways I am not quite sure about all these "rules and regulations". There was a time in my younger age where my parents explained everything to me, and how everything worked. But to be honest, as I grew up, and I expanded my knowledge and was more capable of thinking for myself I started to ignore this topic more and more. First of all, because it does not make sense to me at all, and because the society, specially our generation has changed a lot already, and we actually do not care about it anymore....... Well well well...... That's a least what I thought....... A while ago I came across a Tamil personality who was sitting at a dining table with a mixed group of people with people from different casts (uuufff I hate to write it like that). We were all having dinner, and everyone brought a dish each and we all shared it. This Tamil personality sat there as well, and suddenly this person says "I would never ever be friend with someone low cast". A awkward silence remained around the table, and this person continues "my parents would kill me if I have friends from lower saathi, they will literally throw me out of the house and abandon me. I could never ever dream about having friends like that, and if I find out later they are not how they said they are, I will cut them out of my life imidiately". People around the table was absolutely in shock. No one knew what to say, but thank god a guy changed the subject and we all started talking about the new subject. I will come back to this individual afterwards.

Another episode I had in my recent years, was a wedding where the casts were mixed. There were literally guests who did not eat at the wedding, because they didn't wanted to eat, what if the food was prepared by the other family. I was like, "why the f*** do you even show up?" Thank god, the couple found out this was going on, and the day today, the couple do not speak to any from that group that did not wanted to eat.

Another "friend" of mine who claims to be a "higher" caste, simply do not have friends from other castes than the one he is from. He literally started rumors about the girls and boys from the lower casts just to put them in a bad standing. His sister got married to another casts, but that does not matter, he keeps doing what he does.

Factually they say that the highest casts are the intellectuals. Now my question is, are the once I explained earlier really intellectual individuals. Is that why they react like animals with no brains. In a society in the 21st century where everything has changed, and they still live after this stupid social system some old non intellectuals created 3000 years ago?{adselite}

Back to the person at the dinner table. I recently found out that person is in a relationship with someone who is from a different caste and I honestly got so happy that finally this person actually realized the stupidity of the caste system. As happy I was, I found out that the person had the exact same conversation with a relative of the partner and was having the exact same opinion as around the dinner table. This person has been tricked into/lied about the partners caste. The engagement is in a couple of weeks, and I am (sorry for that) looking forward to see how the person is going to react when the truth is served for this individual.

I am so sorry to display people the way I do. But damn I hate the caste system, and damn I hate that our generation keeps holding to a stupid culture that was created 3000 years ago.

What do you guys think? Is Jaathi someone we should still stick to or should we look at the individuals and their personality and their intellectual characters? Let me know what you guys thinks.